Are you curious about what security devices are out there, and which ones are right for you? Check out this blog for tips on securing your home or business.

Most of these mobile access control apps function in one of two ways. Some apps generate unique QR codes which can then be presented to locks to gain access, but the most commonly used apps transmit signals to disable locks using Bluetooth Low Energy (BLE) signals. Both options provides similar levels of security and encryption, although Bluetooth-based systems can be a little faster and easier to use.

What are the advantages and disadvantages of integrating mobile access control into my business' security systems?

The chief advantage of installing a mobile access control system is that they take full advantage of the modern ubiquity of smartphones. While a badge or card fitted with a magnetic strip or RFID chip can easily be forgotten, for many people a smartphone is a daily necessity that they keep on them at all times; naturally, this benefits the efficiency of your access control system by making the devices that control them much less easily forgotten.

However, there are other advantages to using mobile access control systems. Because they rely on a downloadable, password-protected app to function, they are highly resistant to intruders who could previously used card and chip-cloning technology to create fake access control passes; cloning an encrypted app which is only distributed to key personnel is a much more difficult matter.

Control over who has access to this app can be also easily controlled from a centralised computer system, and access to the app can be revoked instantly and remotely to give you unprecedented control over who has access to your building and systems. The app itself provides yet another layer of security, since it has to be intentionally opened before it can activate a lock; no more accidental readings through pockets and handbags.

There are only two major disadvantages to choosing mobile access control systems; firstly, at this stage they are a very new technology. Like any new technology, they can be difficult to use for employees who are used to conventional, card-based systems, so many employers tend to use an integrated system featuring both card and smartphone-activated locks.

You will also have to bear in mind that this technology is reliant on your employees bringing their own smartphones to work; unless you plan on supplying them with smartphones at your own cost, this can be infeasible for high-security businesses such as financial institutions. 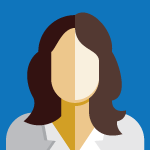 Are you feeling panicked about the security in your home or business? Do you worry that your safe isn't strong enough or that you don't have the right locks? If you have concerns like that, I invite you to explore my blog. Welcome. My name is Daniel, and I am extremely concerned about safety. When I was a kid, my home was burglarised, and that experience never left me. As an adult, I make it a point to learn everything possible about locks, keys and safes, and now, I plan to share that information in this blog. Please, explore, and if my posts inspire you, share them with your friends. Thanks for reading and I wish you health, happiness and safety.